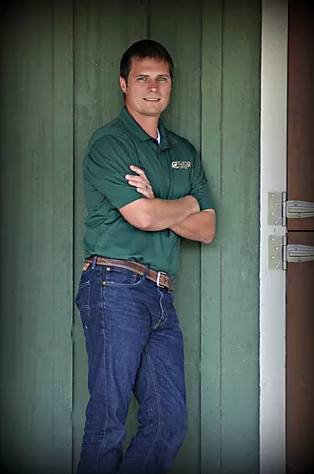 Dr. Dessie Carter, Jr. grew up in Kildare, which is just a blip on the map in Effingham County, Georgia. As a child, he was involved early on with his family's farm. It comprised of both crop and animal production. This has helped instill a work ethic that has served him well thus far in his endeavors.

While in veterinary school he specialized in both large and small animal medicine. After graduation, he knew he wanted to come back close to home. He took a job in Beaufort, SC practicing mixed animal medicine (small and large animal). In December of 2010, he started Carter Veterinary Services, LLC.

Dr. Carter is also a dedicated husband and father of 3 boys. His wife, Brittany, is a biology teacher at Bluffton High School. Their sons, Quinton and twins, Jase and Witt, can be a handful, but a lot of fun.

Reach Out For An Appointment