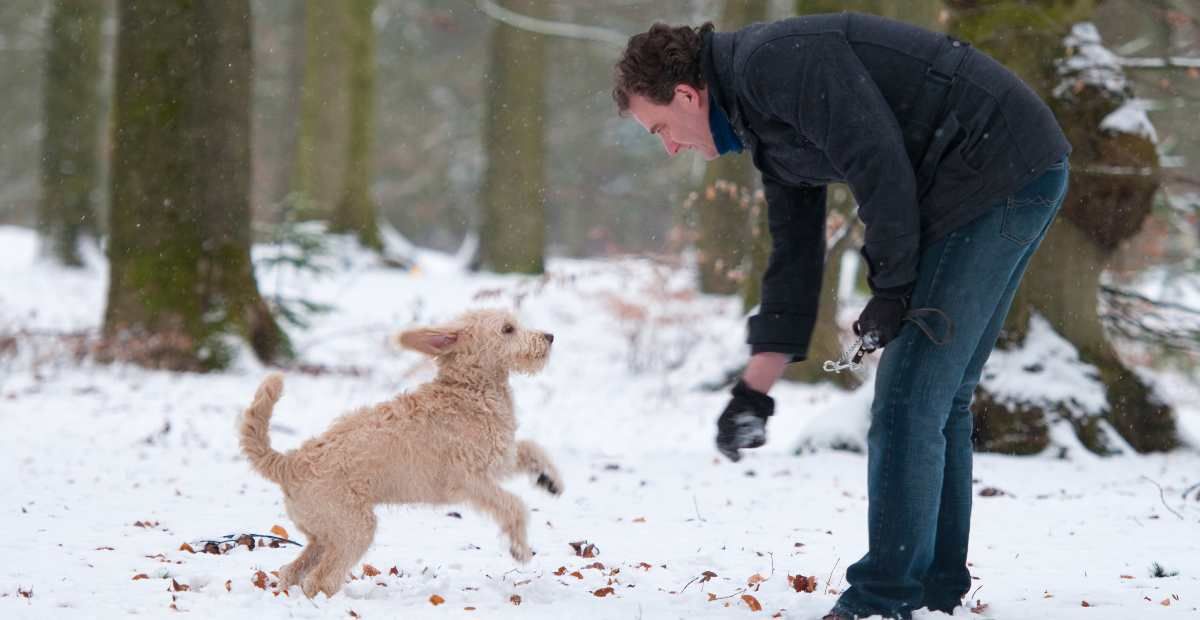 5 Games to Play with Your Dog

When the weather is not great or you are stuck at home for some other reason, both you and your dog may get cabin fever being cooped up all the time. There are, however, some fun and stimulating games that you can play together to stay entertained and active. These games are great for both when you are stuck at home or when you just want to have some extra fun with your pet!

This post is brought to you by Carter Veterinary Services. When it comes to the health and the wellbeing of your pets, no one cares more than us. If you are in the Lowcountry and in need of a veterinary check-up or your pet is experiencing a medical emergency, we’re available 24/7 to help. Contact us today!

5 Fun Games to Play with Your Dog

This list is composed of both classic games and some activities you may not have tried before. Let’s get started!

Fetch is a classic favorite among dogs, and it has some particular benefits too. Fetch gives your dog exercise and is a great way to build a bond with one another. Playing games like fetch with your dog is one of the most powerful ways to strengthen your bond with them. What is more, fetch can improve your dog’s behavior. Your dog will have less pent-up energy and will also, through having a positive interaction with you, become more likely to listen to your commands. Fetch can be a useful part of obedience training. An advanced form of fetch is frisbee, as it promotes your dog going further distances to chase and retrieve the disc.

Dogs of all ages love fetch, young and old. You can play it inside or outside, and it can really help strengthen the bond between you. So if you have a dog, you should make it a point to play with them more. It’s super easy to do and the benefits are a happier, better listening dog.

Another game that needs no introduction — tug of war is a favorite game of many dogs. It gives them great physical exercise and can be a good opportunity to teach them good manners. When playing tug of war with your dog, just remember this one basic rule: if their teeth touch your skin, the game is over. This helps them understand that they should not mouth you if they want the fun to keep going. Some people think that playing tug of war will make them aggressive, but years of scientific research has shown that this is rarely the case. Also, let your dog win sometimes. The game is less engaging if they feel like they can never win; and although being playful is not about “winning”, this shows your dog that you're a lot of fun to be with! As an aside, if you have hunting dogs, tug of war is not the best game, as it can conflict with their retrieval training — you want to make sure they release what they have retrieved for you when they bring it back to you.

An agility course is both physically and mentally challenging for dogs. They have to understand what to do and how to move through the obstacles. You can buy an agility course online or you can simply make one out of things like hula hoops (for them to jump through), PVC pipes (for swerving poles), blankets (to jump over), etc.

Hide and go seek is some dogs’ absolute favorite game. It’s very simple: you just tell your dog to stay, show them what you intend to hide — like a favorite toy or even a person! — and then you put them somewhere the dog can’t see. Then just tell your dog to find it. Give your dog a lot of vocal feedback and clues if they are new to the game, and reward them with lots of praise when they find what they’re supposed to be looking for. Sooner or later, your dog will catch on to what the game is all about and will become faster and faster at finding what you want them to find.

This is a great way to challenge a dog. As their seeking skills grow, you can hide things in more difficult places and stop giving as much verbal feedback or as many clues. Get creative with where you hide stuff — you can put it in the bookshelf, in a laundry basket, in their crate, etc.

If you have stairs in your home, one way to burn some serious energy for your dog is to have them run up and down the stairs. To get the most exercise without putting your dog’s joints at risk, start at the bottom of the stairs in a sit-stay position, then throw the toy up to the top landing. You can build up some tension by keeping them waiting for a little bit before you let them go get it, which can make it more exciting. Let the dog come back down the stairs at their own pace, since coming down the stairs too fast comes with a heightened risk of injury. After doing this a dozen times or so, most dogs will be tired. Don’t do this game with dogs younger than one year old, however, as their joints aren’t finished developing yet and they may get injured.

What Are Your Dog’s Favorite Games?

What are some of your pups’ favorite games to play? Do you think playing games with them is an important part of your relationship with your dog? Reply in the comments below!

Playing with your dog a few times a day for a quarter hour or so is a great way to keep them happy, stimulated, and bonded with you. This can contribute to them becoming more obedient, to having a better understanding of what your expectations for them are, and to building trust and a strong relationship between you and your dog. Any of these five games are a great choice when it comes to playing with your pup. Even if you have a busy schedule, try to incorporate these games into your life a bit more — it will make all the difference for your pet. Best of all? It means you’re spending more time with your amazing dog!

For more tips and advice about playing with your dog, reach out to Carter Veterinary Services in the Lowcountry and speak with a member of our veterinary staff!